Roy Sebag, CEO of GoldMoney and Founder of BitGold takes Warren Buffet to task on Buffet’s statement in his most recent Annual Letter to stock holders claiming that:

“American GDP per capita is now about $56,000. As I mentioned last year that – in real terms – is a staggering six times the amount in 1930, the year I was born, a leap far beyond the wildest dreams of my parents or their contemporaries.” 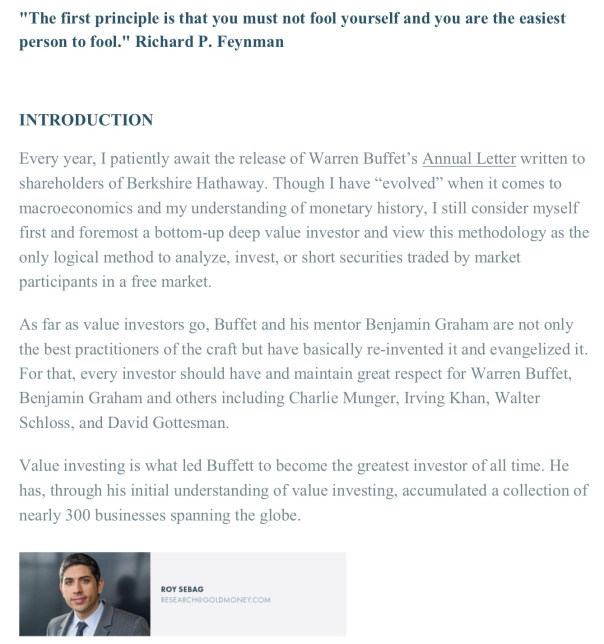 Sebag goes on to show that the American GDP per capita is NOT a staggering six times the amount in 1930, but rather is essentially unchanged when compared in an apples to apples comparison in terms of the purchasing power of gold. 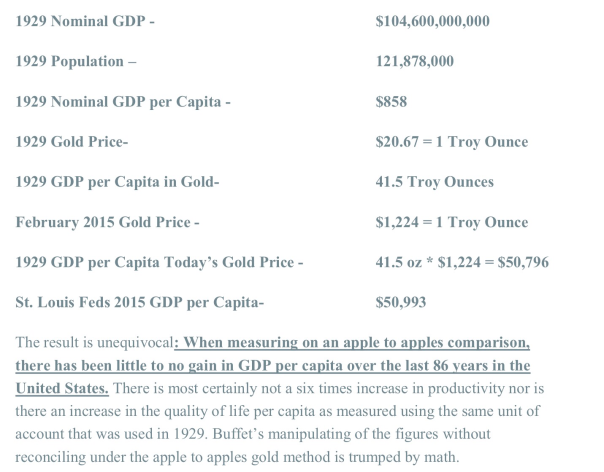 Read the entire essay on the web or in PDF.

Visit BitGold.com to get started and earn up to a 5% first deposit bonus.