In 1981 I moved to Houston from college in Golden Colorado to begin my career in the oil patch. West Houston. Katy. Not much was out here back then. Nonmacher’s Bar-B-Q was one of the few food establishments in the area at the time.

Texas BBQ. In my opinion, the best in the Katy area. If I understand correctly, Nonmacher made a name for himself selling BBQ at the Houston rodeo and other venues. John even gave me the recipe for his smoked pork loin that he sold only on Saturdays (two pork loins tied together with butchers twine, stuffed with onions and jalapeños, encrusted in lemon-pepper and smoked). I have made it several times, but it was always easier to get it from him.

But the area grew and many restaurants opened including many BBQ restaurants. Nonmacher’s was in a small strip center with only a few parking spaces. Most of his business was take away.

Nonmacher’s BBQ got some bad press in 2011 when some customers were offended by the “Let’s play cowboys and IRANIANS” poster hanging on the wall. This poster was from the Iran Hostage Crisis (1979 – 1981), a time when U.S. and Texas sentiment toward Iran was understandably negative. The people offended by it had most likely not even been born until well after the event.

John Nonmacher died of bladder cancer in 2013 and his wife Trudy continued to run Nonmacher’s BBQ after his death.

I went get some BBQ today and discovered that they had closed. As the sign says “All good things must come to an end“. 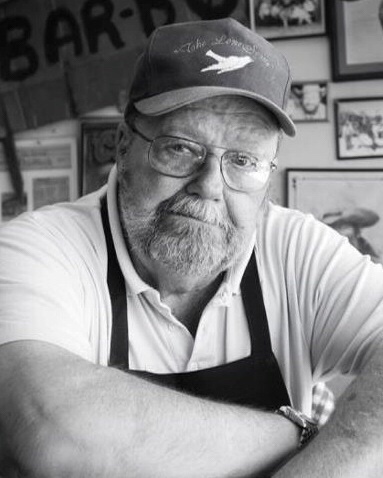