… has the street in front of CatBeard Manor had so much water. 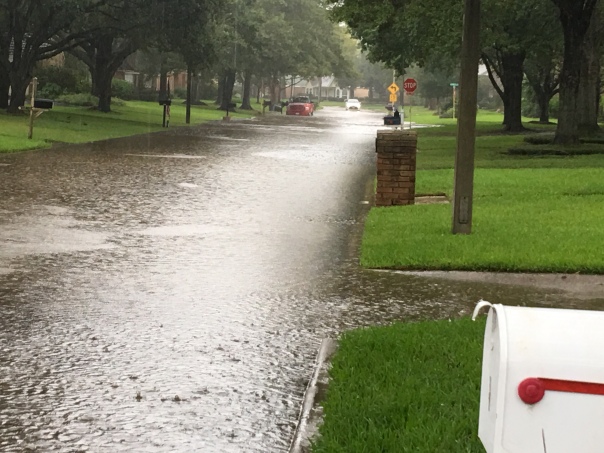 Granted at the height of the heaviest rain during Harvey the entire street was curb-to- curb water and moving up into my front yard. Today it is only curb-to-curb to the west of me.

When Topical Storm Imelda was coming ashore earlier this week, I thought “good we’ll finally get some rain”. I even put down fertilizer and garden lime on my yard to be watered-in by the rain. Then … nothing … light intermittent drizzle Monday and Tuesday followed by a few short showers yesterday. Be careful what you wish for.

I’m off work this week on a “staycation”. I was making a Starbucks run about 11 AM when it began. By the time I got back to my driveway the deluge had begun. Heavy downpour for over an hour before a temporary respite, and we are at the trailing edge of what is now Tropical Depression Imelda. Houston proper and points east are getting the brunt of it. 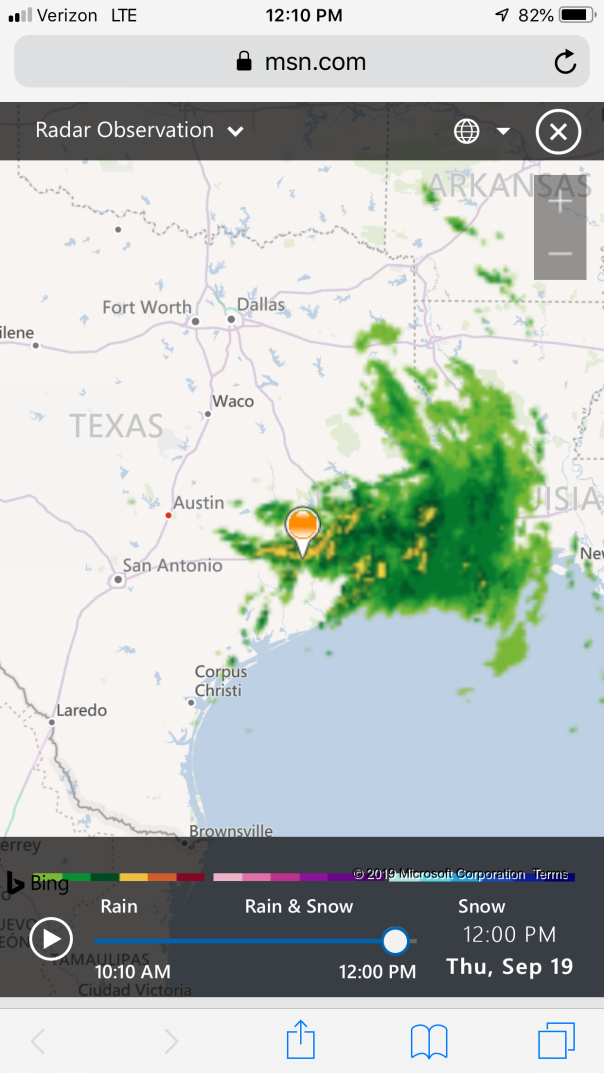 We have always been an “island in the stream” during flooding events. In the thirty years we have been here even the worst flooding events has left us high and dry.

All of the usual places that flood in Houston are flooding now. Watching LIVE YouTube coverage of Houston weather and flooding. It’s pretty bad.

I’m glad I took the week off.

Tropical Storm Harvey is forecast to retreat to the Gulf of Mexico before heading north. Rain continues … 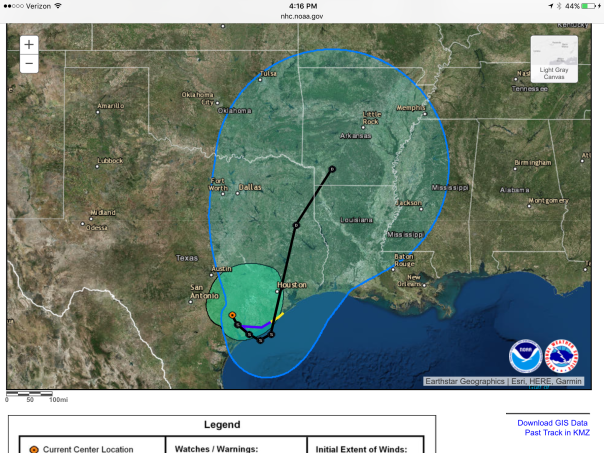 This is an archival version. Please visit The Nudist War for the current version.

This was the original forth chapter of the Nudist War. I am leaving it here for historical reference. The current version may be found at:
https://contrafactual.com/2014/02/09/the-nudist-war/

[Author’s note: This is the fourth chapter. To start at the beginning go >> HERE << ]

Jess awoke to the sound of thunder. She opened her eyes and turned to look at the alarm clock. It’s luminous face showed 6:30 AM. She reached over to her laptop and brought up one of the outside security cameras. The video and audio indicated that it was raining heavily. “At least the weather is still normal,” she thought before turning off her alarm, rolling over, and going back to sleep.