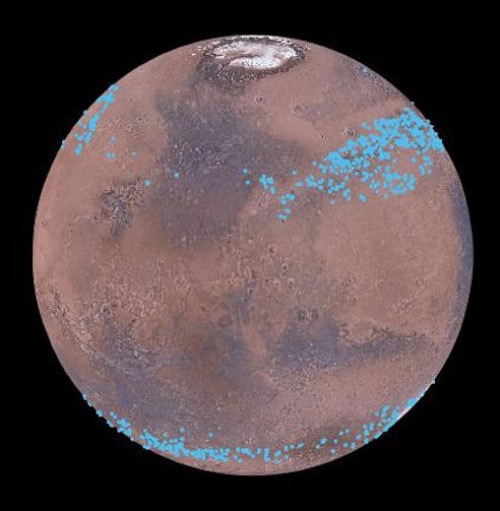 Ice on Mars: Mars has belts of glaciers consisting of frozen water

Mars has distinct polar ice caps, but Mars also has belts of glaciers at its central latitudes in both the southern and northern hemispheres. A thick layer of dust covers the glaciers, so they appear as surface of the ground, but radar measurements show that underneath the dust there are glaciers composed of frozen water. New studies have now calculated the size of the glaciers and thus the amount of water in the glaciers.

“We have calculated that the ice in the glaciers is equivalent to over 150 billion cubic meters of ice — that much ice could cover the entire surface of Mars with 1.1 meters of ice. The ice at the mid-latitudes is therefore an important part of Mars’ water reservoir,” explains Nanna Bjørnholt Karlsson.