Ever wonder how they get those amazing close-ups of the rocket launches?

This video shows you how they do it!

Source: SpaceX / edited and compiled by Go To Space

Everyday Astronaut (Tim Dodd) has posted his 360 degree video of his experience three miles away from the Falcon Heavy launch. He is standing exactly where I was at the final Saturn V launch of Skylab. This is very nostalgic for me and I understand the emotions he must have been feeling.

You can watch it here in full 360 degrees: https://youtu.be/tBhuSTXMCaI *

Tim is doing a fantastic job covering SpaceX and spaceflight in general. His videos are simultaneously highly informative – and – entertaining! His enthusiasm is contagious.

You can support him via Patreon (https://www.patreon.com/EverydayAstronaut)

Also be sure to check out his online shop (https://everydayastronaut.com/shop/)

If you have not already done so, check out A Blast (off) From My Past  for an accounting of my experience at the Saturn V launch, some 45 years ago.

* I tried to embed the video, but WordPress and/or iOS Safari wouldn’t support 360 in the embedded version.

The image below is a screen capture from one the videos in the previous post on today’s SpaceX CRS-10 launch. 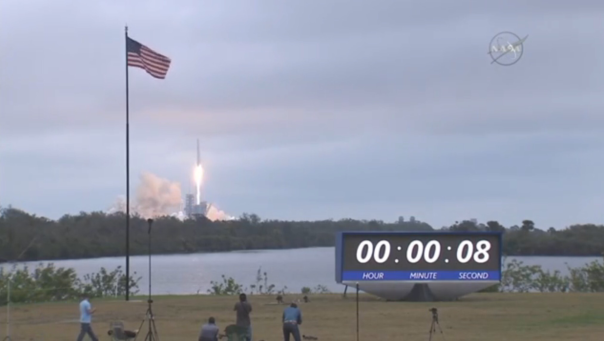 Life comes full circle. In a much earlier post I described what it was like to be standing at the water’s edge in the foreground at the last ever Saturn V launch. 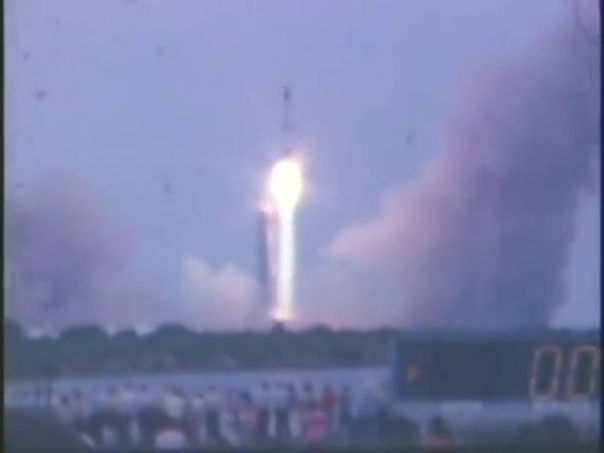 On launch day I was one of the throng of people standing to the left of the countdown clock in the picture above.

The SpaceX image inspired me to search the Internet and YouTube for Skylab launch images. I scored big time. The second image is screen shot from the video below. Back in the day I had a fetish for white jeans (probably expressing my inner John Lennon). Trust me – I am in there somewhere.

The Internet is amazing. Welcome to the future.

Ran into a guy a few weeks back wearing an Occupy Mars T-shirt and asked him if he worked for SpaceX. Turns out he was a machinist at the McGregor facility. I shook his hand and thanked him for keeping the dream alive. He protested saying he was just a machinist and I told him that every job mattered in building rockets.

I actually tried to visit the McGregor facility a few years ago on a road trip back from Denver. They had just installed the new guard shack at the entrance and they turned me away. Apparently you can schedule a tour in advance but I haven’t figured out how to do that yet. I suspect they have the occasional “open house” for the local residents of McGregor.

Yet Another BFR Analysis

This is short and well thought out. I personally think that point to point ICBT will eventually replace a large segment of air travel. 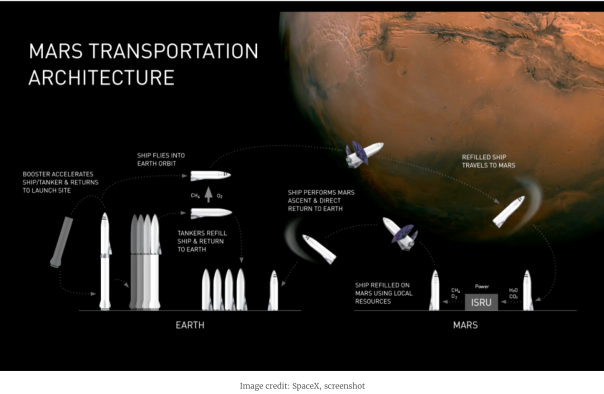 Everyday Astronaut does an excellent job explaining the differences between last year’s BFR* concept and this year’s new design.

“Fly to most places on Earth in under 30 mins and anywhere in under 60. Cost per seat should be about the same as full fare economy in an aircraft. Forgot to mention that.” ~ Elon Musk via twitter

This will revolutionize travel.

This is how SpaceX funds the Mars missions.

Elon Musk updates the plan for getting to Mars by revolutionizing space travel (and Earth travel). This talk concluded at 12:30 CDL Friday.

It’s all about reusability!

Elon has quite the sense of humor.

Another successful launch and landing for Falcon 9. It is beginning to remind me of watching planes take off and land at the airport.

Side note: the contract to launch OTV-5 was awarded to SpaceX directly, without bid

I do so love the sound of rocket launches.

From yesterday’s Falcon 9 launch to resupply the International Space Station. I never get tired of watching these.

SpaceX is now successfully relanding the Falcon 9 on every attempt. Impressive!

This is really cool … 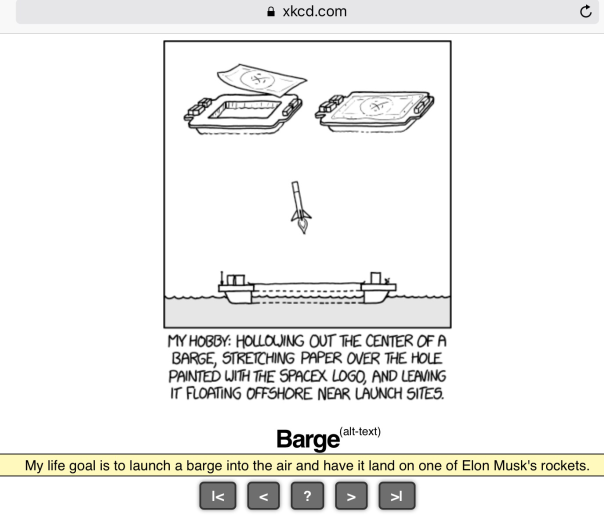 OK … somebody had to do it. The complete list of every Falcon 9 launch is on Wikipedia!

So … compare this to the Blue Origin numbers also care of Wikipedia (https://en.m.wikipedia.org/wiki/Blue_Origin)

And that doesn’t even count two back-to-back landings last week on an Autonomous Spaceport Drone Ship (Atlantic AND Pacific) plus the landing at LZ-1 at the beginning of June. Oh … and don’t forget the May 1st landing at LZ-1. So that makes it 18 landings?

And another successful launch and recovery – this time from Vandenburg CA (polar orbit). Back to back launch and landings. 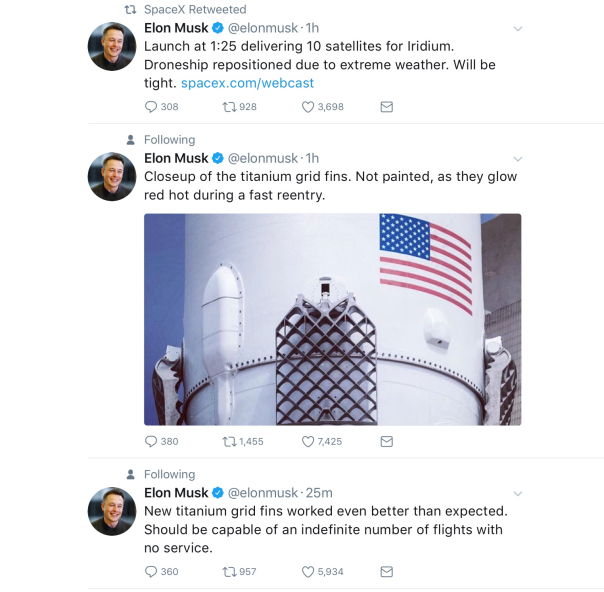 SpaceX does it again … relaunch and landing of another Falcon 9

Link to the Press Kit

Personal observation … I cannot believe the bozos who comment that this is all faked based on video dropouts. When I “watched” the Mercury, Gemini, and Apollo missions live video was rare to non-existent after the initial live launch video.

See also LZ-1 vs ASDS, also by Every Day Astronaut

Yet Another Falcon 9 Landing Video

Yet another Falcon 9 landing (from yesterday June 3rd) at LZ-1. Note the arrival of the sonic boom just before landing. Starting to get routine (as it should). This was also the first re-use of a Dragon capsule (Woo Hoo).

For more on the CRS-11 mission see:

SCRUBBED DUE TO WEATHER

Or Blue Origin vs SpaceX*

Note the dates of the quotes and video clips

Props to Jeff Besos and Blue Origin for effort … but seriously?

* compare to Soapbox Derby vs NASCAR

I can’t get enough of this stuff …

The heat of re-entry is due to the compression of the atmosphere ahead of the re-entering vehicle, NOT air friction. Think of a diesel engine that works by highly compressing the air in the cylinder above the ignition temperature of the diesel fuel which is then injected at maximum compression and temperature. 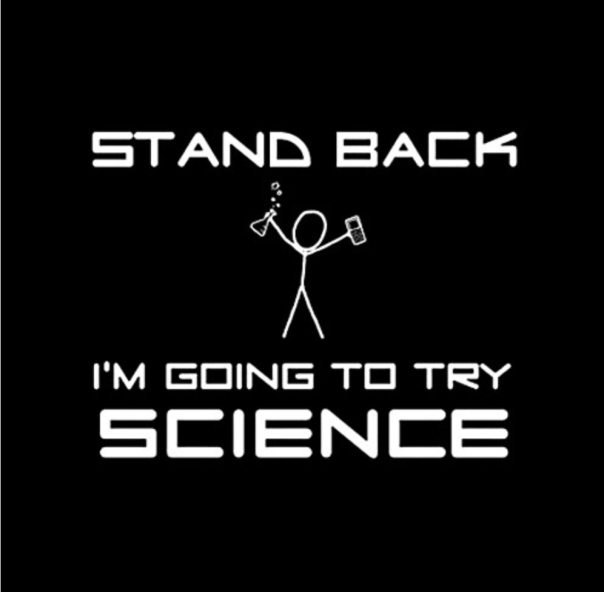 When the United States needs eyes and ears in critical places where no human can reach – be it over the most rugged terrain or through the most hostile territory – it turns to the National Reconnaissance Office (NRO). The NRO is the U.S. Government agency in charge of designing, building, launching, and maintaining America’s intelligence satellites. Whether creating the latest innovations in satellite technology, contracting with the most cost-efficient industrial supplier, conducting rigorous launch schedules, or providing the highest-quality products to our customers, we never lose focus on who we are working to protect: our Nation and its citizens.

From our inception in 1961 to our declassification to the public in 1992, we have worked tirelessly to provide the best reconnaissance support possible to the Intelligence Community (IC) and Department of Defense (DoD). We are unwavering in our dedication to fulfilling our vision:

Supra Et Ultra: Above and Beyond.

I am replaying the video for your convenience

Falcon 9 first stage by the numbers

The Falcon 9 first stage trajectory is quite interesting …

Why??? The following video (not by me) explains it all.

For the BEST EVER footage of a Falcon 9 landing see my previous post.

I really should have commented on this sooner

SpaceX to send two paying customers around the moon next year

Blue Origin’s got nuthin’ on this 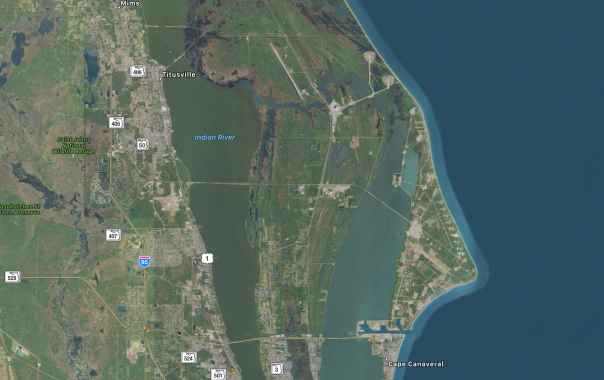 Launch Complex 39A (LC-39A, the southern most of the two most northerly pads) with SpaceX modifications 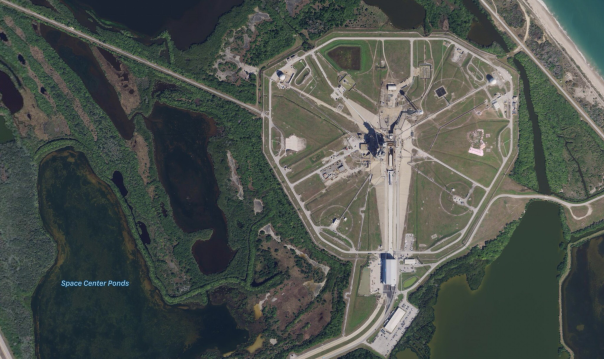 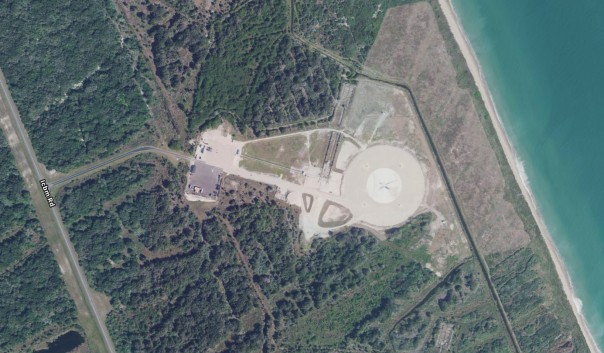 Welcome to the Future – the revolution will be Tweeted

Tomorrow is another day. History is being made. 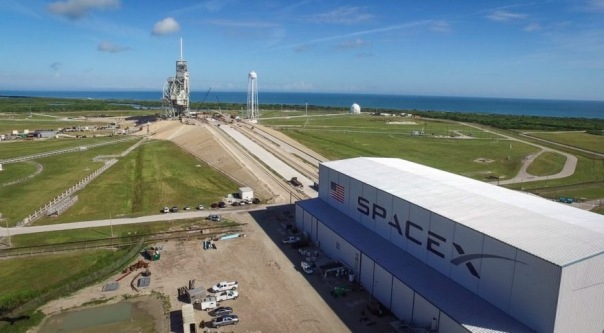 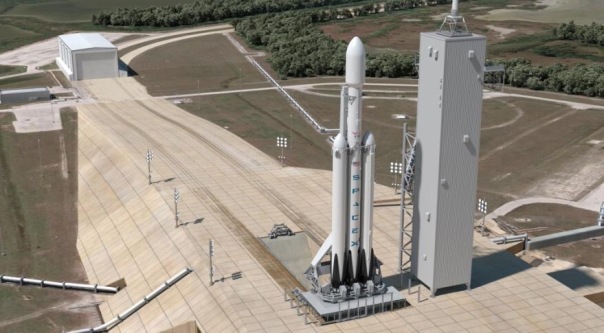 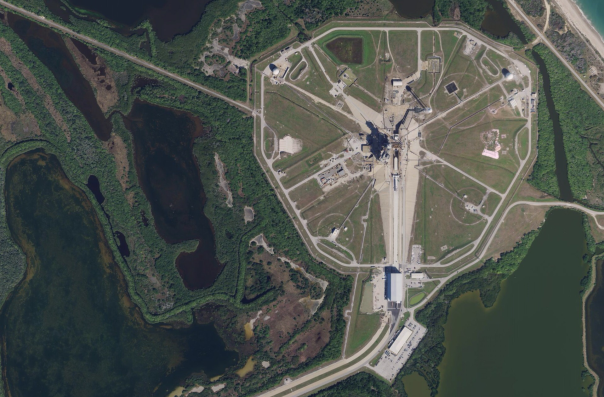 Originally published on Jan 16, 2017 | NASA Commentator Kyle Herring talks with Kathy Lueders, the manager of NASA’s Commercial Crew Program, about the status of efforts to develop commercial space vehicles to deliver human crew members to the International Space Station. NASA is working with Boeing and SpaceX as those companies work through milestones to get their vehicles, Boeing’s CST-100 and SpaceX’s Crew Dragon, ready for their first crewed flights to the station, while the space station program is reconfiguring the station and preparing for spacewalks to install the new International Docking Adapters to which the new commercial spacecraft will dock.

Although YouTube states that the above video was published this month, I suspect that it was actually recorded two years ago in mid-June 2015. Reason being that reference was made in the video (@6:20) of the upcoming launch of the International Docking Adapter (IDA-1). However IDA-1 was lost during the launch failure of SpX CRS-7 on June 28, 2015.  (Reference https://en.m.wikipedia.org/wiki/International_Docking_Adapter)

Additionally the Crew Dragon Pad Abort occurred in May of 2015.

Elon Musk and SpaceX aren’t the only ones with their “eyes on the prize” of replacing the Shuttle for commercial U.S manned space launches. Boeing has unveiled a new streamlined light-weight space suit for it astronauts to wear aboard its CST-100 “Space Taxi”.

See also my post Bras In Space, the story of the Apollo spacesuit

SpaceX, that is. With this weekend’s successful launch of 10 Iridium NEXT satellites, SpaceX sticks the landing.

SpaceX will be returning to flight on January 8th.

SpaceX is targeting return to flight from Vandenberg’s Space Launch Complex 4E (SLC-4E) with the Iridium NEXT launch on January 8. SpaceX greatly appreciates the support of our customers and partners throughout this process, and we look forward to fulfilling our manifest in 2017 and beyond.

In preparation for the next launch, we present for your enjoyment and enlightenment a series of videos summarizing the five year history of SpaceX Falcon 9 reusability.

I never get tired of watching this. It 60s Sci-Fi realized at last.