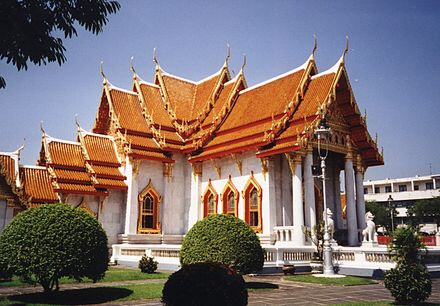 A elderly American gentleman was on vacation in Thailand. He eventual chanced upon a couple of young American expats who had been living in Thailand for a while. They struck up a friendship and his new friends offered to show him around to see the sights.

On one of their trips they asked him why he was always yelling at people. “Oh I am so sorry,” he replied in a loud voice. “I seem to be loosing my hearing as I get older and I must be compensating by talking loudly. Please warn me  when I get too loud”.

As it grew closer to the time when he had to leave, his new friends suggested they visit a Buddhist temple. Now this gentleman was a strict southern baptist – had been all his life. “Let me sleep on it,”  he replied. “I’ll give you my answer tomorrow.”

Well he thought about it and prayed about it all evening, not knowing what to do. He slept fitfully. He dreamed about it over and over, again and again.

When he awoke in the morning, he had reached a decision. When in Rome, as old saying goes, do as the Romans do. When he met his friends later that day he told them he would go. “Great,” they replied, “we’ll make all the arrangements for tomorrow. They soon parted and each went their separate ways.

When he awoke the next day, he was filled with the exhilaration that comes from stepping out of one’s comfort zone and trying something new. He met his friends and they called a cab. They spoke something to the cabbie, which he did not quite hear but he assumed was a request to take them to the temple.

The elderly gentlemen was taken aback by the beauty of the temple as he walked slowly up to the doors. He was now shaking ever so slightly with nervous excitement. His friends opened the doors for him and they steeped inside.

Stepping in, out the bright sunlight, all was dark except for giant statue of the golden Buddha illuminated by the glimmer of candle light. As their eyes slowly adapted to the low light level, one of the young friends turned to the old man to comment on the history of this particular temple. 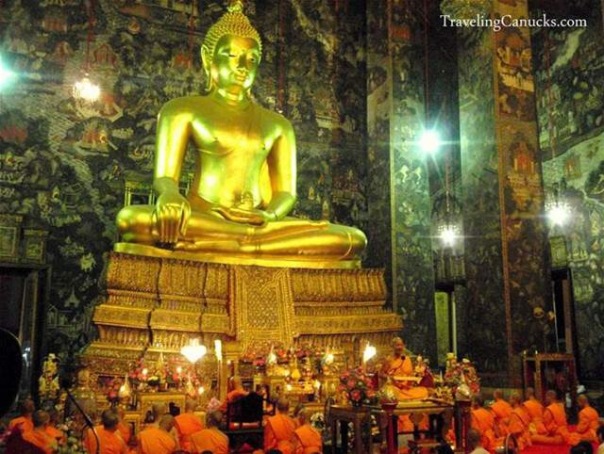 His eyes widened in horror as he glanced the old man, then at the pile of clothing on the ground, then back at the old man standing buck naked in front of him.

“My god man,” he yelled. “Show some respect. You’re in a Buddist Temple!”

“Oh,” the elderly gentleman yelled back, hearing clearly for the first time. “I thought you said Nudist Temple.”